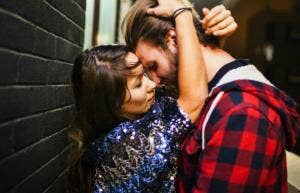 Libras are one of the most popular zodiac signs in astrology. They’re like the head cheerleader in high school who didn't have to be nice but was, or the star football player who did drama — super-outgoing, down to earth, and non-judgmental.

Finding a zodiac sign to match with a Libra isn't a struggle, but making this match last requires more focus.

One of the most popular Libra traits this zodiac sign has is charisma, and for Libra compatibility, that is good news, especially when horoscopes tell you how charming and attractive they are.

What makes someone a good match for Libra?

The Libra personality might be extremely flirty, but they take love and trust seriously.

The truth is, they don’t love being by themselves and would much rather be at a party than home alone. However, they do have their more introspective moments, and definitely need to decompress from time to time.

Libras need to be liked, which can shape their actions and leave them vulnerable to others. Their own needs can get overlooked when they’re too focused on what other people will think about them. They tend to be somewhat indecisive, but once they make a decision they stick with it, even if they sometimes regret the choice they made.

There is no one who hates injustice more than Libra, and there is no better advocate for those who have been treated unfairly. You want a Libra on your side, even if it’s annoying when they’re able to see and understand the opposing views as well.

Libra Compatibility With Each Of The 12 Zodiac Signs

But in terms of zodiac compatibility, how does this social butterfly get along with the other zodiac signs?

Love: Although in many ways Libra and Aries are opposites — Libras are more relationship-centered and Aries more self-centered — but still go together well.

The Libra/Aries relationships tend to last. Libra encourages Aries to develop their sensitive side, while Aries can help motivate Libra to get up and achieve their goals. Both signs can be competitive and have no problems going up against each other.

Sex: They have a lot of sexual chemistry which also binds them together.

They have much to give and learn from each other. As a Fire sign, Aries is known for being passionate and daring in the bedroom. They can take control which is important for Libra, who sometimes struggles to dominate.

Long-term Relationships and Marriage: When it comes to long-term relationships, these two can work, but it will take some effort on both sides.

Libras are gracious and are sometimes taken aback when Aries gets in a confrontational and argumentative mood, which can lead to tension if things aren't resolved quickly. Libras take too long making decisions because they think things out so thoroughly, whereas Aries tend impulsively take action.

This might be exciting in the beginning, but when it comes to marriage, it can help to be on the same side. When their relationship is good, it's amazing, but if it's not, their breakups can be brutal.

Love: Venus, the planet of love, rules both of these signs.

While they're not the most straight-forward match, they do bring out some of the best qualities of this planetary ruler through their expression of love. Taurus tends to be sensual with their love while Libra is all about spreading love to everyone.

Libra can be flirty and Taurus tends to be jealous, so there can be some conflicts there. What's good about a union between these two is if Taurus gets stubborn, Libra is able to use their diplomatic skills to smooth over any negativity.

Sex:These two are gentle lovers and value security in the bedroom. Neither will push the other too far out of their comfort zone, nor will they be hesitant about satisfying each others needs.

That said, Taurus will need to learn to open up and be more communicative about their desires since Libra won't be making any decisions on their behalf.

Long-term Relationships and Marriage: In some cases, when Libra and Taurus come together, they're like two halves of a whole. If they take their time and don't rush into anything, they can have a lasting relationship.

Both Libra and Taurus have a deep appreciation for the finer things in life, sensual pleasures, and security in a relationship. They love to go out to the theater, a restaurant, or an art gallery, but can also be content having a quiet evening at home.

This means they need not worry about their relationship burning out too quickly. Just keep the communication flowing and jealousy under control.

Love: Libra and Gemini make great friends, and having that friendship makes a strong foundation for a romantic relationship. Who doesn't want to fall in love with their best friend?

These two Air signs are on the same wave-length, and they love to go out and have fun together. Exciting date nights and spontaneous trips will certainly keep love alive here.

But these two aren't the most open with their emotions, which can stunt their bond if they don't learn to have some cheesy, romantic nights in, too.

Sex: When Libras and Geminis are together, there is an incredible energy between them that can be electrifying during sex, so long as they can stop talking for long enough to get the deed done.

Keeping the spark alive in the bedroom might be a struggle at times. Gemini is the kind of person who wants to try something new every week. While this makes for a great fling, intimacy and sensuality will need to be valued over experimentation in the long-run.

Decision-making isn't either of these strong points, but they're better at it when they do it together. In fact, compared to some other unions, Libra tends to feel less pressured to make a decision when with Gemini.

One of the issues that a Libra/Gemini alliance might have is regarding money: