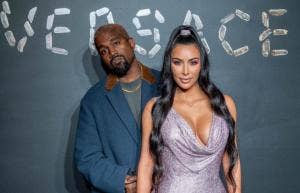 Kanye West is an American rapper, singer, songwriter, and fashion designer who was born on June 8, 1977 in Atlanta, Georgia at 8:45 a.m. EST.

What does astrology reveal about Kayne West's natal chart?

Kayne West is a Gemini Sun and a Pisces Moon zodiac sign.

RELATED: Kim Kardashian West Reveals The Secret To Her Successful Marriage To Kanye

He was born in Atlanta and raised in Chicago. His albums include Graduation, 808s & Heartbreak, Yeezus, The Life of Pablo, Jesus is King, Watch the Throne, My Beautiful Dark Twisted Fantasy, and others.

Ye has won 21 Grammy awards, which makes him one of the most awarded artists of all time.

West has also appeared on Keeping Up With the Kardashians since he is married to Kim Kardashian and has four children with her: Chicago, Saint, Psalm, and North West.

He is also known for creating the clothing and footwear company called Yeezy in 2013, which is in collaboration with Adidas.

You might remember that he stole the microphone from Taylor Swift at the MTV Music Awards during her acceptance speech and claimed that she did not deserve her win.

He also feuded with Taylor about him including her in one of his songs “famous.”

Most recently, Kanye West used his twitter to announce that he would run for President in the 2020 election.

If you want to know more about Kanye, you can learn a lot by looking at his birth chart.

A natal chart says a lot about how someone acts and what makes them who they are.

The Sun gives you insight into your identity, ego, and path in life.

With Kanye’s Sun in Gemini, he is passionate about expressing himself.

Geminis enjoy learning and absorbing information and are just as excited to share what they have learned.

They are incredibly curious and want to learn about many different topics.

Geminis tend to go with the flow and can make friends in any social situation.

They can also get along with almost anyone so they have a lot of unique friends that come from different backgrounds.

They are pretty outgoing and adventurous individuals and are usually the social-butterfly when talking with others.

However, they can get pretty bored if they are having small talk that just scratches the surface.

Instead, they like to have deep and intellectual conversations that help them get to really know the person they are talking to.

At times, they tend to keep their walls up and observe others instead of offering up information about themselves.

Even though they have a lot of friends, it is hard to get close to them and get them to show their more vulnerable side.

Geminis, like Kanye, tend to enjoy the fun side of things.

They don’t let things bother them too much and generally let negativity roll off of them, so they can be fun to be around.

However, it can be annoying if you need to talk to them about a problem or a deeper situation.

Geminis also tend to be busy bees. They tend to move from project to project.

They get bored easily so they always have to be working on something.

With Kanye’s Moon in Pisces, he tends to be very dreamy and usually has his head up in the clouds.

Although someone with a Moon in Pisces is not one that is very connected to reality, they make up for it with their strong sense of intuition.

They tend to be very empathetic as well and can understand what others are going through.

However, they can take on others' emotions and it can weigh very heavily on their own heart.

Although they tend to be in their own fantasyland at times, they really listen to their gut feelings and make decisions based on their intuition.

They have to do things that feel right to them and they won’t do something that they don’t want to do.

When it comes to their career, they have to do a job that they love and are passionate about.

They can also be a tad oblivious and observant but they see things from a much more creative and unique perspective.

They can be very social but they usually are introverted because they need time by themselves to recharge.

When they feel overwhelmed or stressed out, they like to escape and be alone so they can think through what is going on.

They are very strong individuals and will take a break so that they can gather up their courage so they can re-emerge ready to take on whatever obstacles the world throws at them.

A person with their Moon in Pisces also tends to be very childlike and fun.

They tend to have a unique and funny sense of humor and like to joke about the silly things in life.

They love to giggle and have a fun time with the people around them.

They are also known as being very kind and compassionate and won’t even hurt a fly.

They care about others and will always be there for their loved ones.

With Kanye’s Mercury in Taurus, he is likely very stubborn and slow when it comes to decision making.

They like to take their time when it comes to making a choice but once their choice is made they tend to stick with it.

It can be difficult to change their opinion because they believe in it wholeheartedly.

They are also very calculated when it comes to