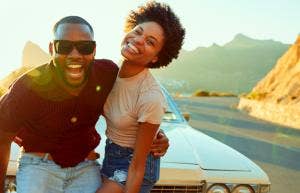 Leo season begins on July 23rd, just a few days after the Double New Moon in Cancer. The Sun in Leo ushers in the next chapter, helping to show us that how we go about building the life we want is just as important as realizing what that is.

What is Leo season?

Leo season is defined as the time period between July 23rd and August 22nd when the Sun is transiting this fire sign. While still an important time in our journey, this season will be a bit different with the absence of the Leo New Moon.

RELATED: The Zodiac Symbols Of All Planets And Signs In Astrology Explained

However, this period really is one in which we can expect a lot of movement based not just on the moon cycles, but also the energetic window that opens around this time each year. This is also the first month since May in which we don’t see any eclipses, so we can expect that many of the lessons and "ah-ha" moments we’ve experienced since then will likely be put into action that we take in our own lives.

But as we head into this time each year, we also tend to see movement because we feel an urgency in our lives. Perhaps even more so because of how 2020 has evolved.

At this point of the year, we’re usually all thinking that there’s only a few months left, and we just want to make sure that not only do we make them count but that we also take steps to end this year on a different note, beginning 2021 on one as well.

What can you expect during Leo season, no matter your zodiac sign?

These astrological transits will set the tone for July 23rd to August 22nd.

In astrology, a sextile is when two planets are within 60 degrees of one another which, while helpful, also often carries with it a dose of karma from previous actions and the sowing of seeds in our past.

This is the second of a triad this year, with the third not occurring until October. So while we may see a climax in our story surrounding these two planets, we won’t actually see the outcome until the fall, which is also a theme surrounding our year.

It’s like all of astrology is saying, “But wait, there’s more!” And there definitely is.

These two planets bring together our sense of spirituality, unconditional love, and ability to dream with our sense of abundance and the plans we make for the future. In many ways, it's challenging us to not plan for what we think is doable, but instead to not be afraid to dream of the life we want to create.

With both Neptune and Jupiter in retrograde, though, it may be more about redoing plans (or reflecting on those plans) that we've already put into motion so that, come fall, we can make sure we are on the path to living our dreams, and have also learned that we only receive what we accept in this life.

RELATED: How Neptune Retrograde Will Change Your Relationships & Love Life Until November 2020