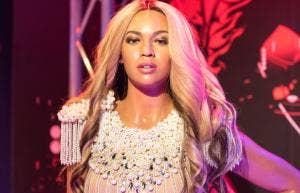 She has a Virgo Sun, a Scorpio Moon and a Libra rising zodiac sign.

Beyonce's zodiac sign and birth chart reveals a lot about her personality.

Beyonce is a Venus dominated personality type with a stellium in Libra.

RELATED: 17 Best Beyonce Quotes And Memes That Prove She's A Role Model For EVERY Woman

Beyonce Knowles's zodiac sign in Libra reveals she's a collaborative person. She first gained success when she was in the R&B group Destiny’s Child. Destiny’s Child had hit songs like “Say My Name” and “Survivor.”

However, she then wanted to pursue a solo career and came out with her first album Dangerously in Love in 2003. Her debut solo album sold millions of copies and won five Grammy Awards.

She then released her second album in 2006 called B’Day which had hit songs like “Irreplaceable” and “Deja Vu.” That same year, she starred in the musical film Dreamgirls alongside Jennifer Hudson.

In 2008, Beyonce married Jay-Z and she also released her third album, I am... Sasha Fierce, around the same time. Her third album had hits like “Single Ladies (Put a Ring on It)” and “If I Were a Boy.”

RELATED: What Your Favorite Beyoncé Song Says About Your Relationship Style

In 2011, she dropped her fourth album called 4, which had hits like “Run the World (Girls)” and “Love on Top.” In 2013, Beyonce performed during halftime at the Super Bowl and her former group Destiny’s Child joined her for some of her performances.

In 2016, Beyonce released a filmed album called Lemonade. In 2018, Beyonce performed at the Coachella Music Festival and even released a documentary about the performance for Netflix called Homecoming.

In 2019, Beyonce played Nala in Disney’s The Lion King film. In 2020, she then released a visual album called Black is King that is loosely based on The Lion King and it premiered on Disney Plus.

Beyonce is a very talented artist. In fact, she is the first female artist to debut at number 1 on the Billboard 200 with her first five albums.

To learn more about Beyonce's zodiac sign and birth chart, scroll down below:

Your Sun sign gives you insight into your identity, ego, and path in life.

With Beyonce’s Sun in Virgo, she likely works very hard and is well-respected.

Sun in Virgo people are independent and introverted at times.

They can get embarrassed or shy pretty quickly if they are surrounded by people they don’t know too well.

However, if they are comfortable, they are more open and talkative.

They are very accountable and value stability.

They don’t like to be bored and always want to dive into projects and passions.

They sometimes carry too much on their plate but they prefer being busy.

They are scared of failure so they are usually perfectionists that want to do everything to the best of their ability.

They are very observant and notice even the smallest of details so when they are working on a project, they tackle it in an analytical way.

They are their own biggest critic and put a lot of stress on themselves to do the best job that they can.

They like to do things their own way and get nervous to show others their work if it isn’t done yet.

Although they can be serious at times, they are very sweet and always willing to lend a hand to others that need their assistance.

They want to be respected and praised for their hard work, but they brush off compliments because of their shyness.

Beyonce has two zodiac signs in Scorpio: her Moon and the planet Uranus.

With Beyonce’s Moon in Scorpio, she is likely very emotional and intense.

Moon in Scorpio people have a great ability to see someone for who they are.

They are very in touch with their emotions and rely on their intuition.

They feel their emotions fully and it can feel like they are on an emotional rollercoaster because they have very high highs and very low lows.

They need change and love new beginnings. Moon in Scorpio people are very driven by their emotions, but spend a lot of time trying to control and understand their feelings.

They also love spontaneity and are very drawn to adventurous and thrilling experiences.

If they feel bored or underwhelmed, they sometimes like to stir up some drama and do dramatic things that make them feel connected to their strong emotions.

When it comes to their relationships or aspirations, they can’t be in a situation that they aren’t fulfilled in.

They put their all into everything they do and they want to feel passion and excitement in their relationships and career.

They yearn for a long-lasting relationship and also want a partner that is supportive and will make sacrifices for them.

They have a tendency to play games with their love interest to make sure that they will stick around.

However, they don’t do this consciously but do it because they are scared of getting hurt.

They have a difficult time opening up at first because they can be a little skeptical in the beginning of relationships.

However, once they are in love they are very loyal and committed to their partner.

They are incredibly powerful and intellectual.

They can handle other people's emotions very well and straightforwardness will not frighten them.

Certain people enjoy having the support of Moon in Scorpio people but others can feel intimidated by their naturally strong presence.

Uranus remains in each sign for seven years, so it rules a generation. It rules innovation, progress, and rebellion.

With Beyonce’s Uranus in Scorpio, she is part of a generation that is innovative and wants to make a real change.

They are a generation that walks to the beat of their own drum and makes their own decisions.

They tend to fight for freedom and do not let their inhibitions hold them back.